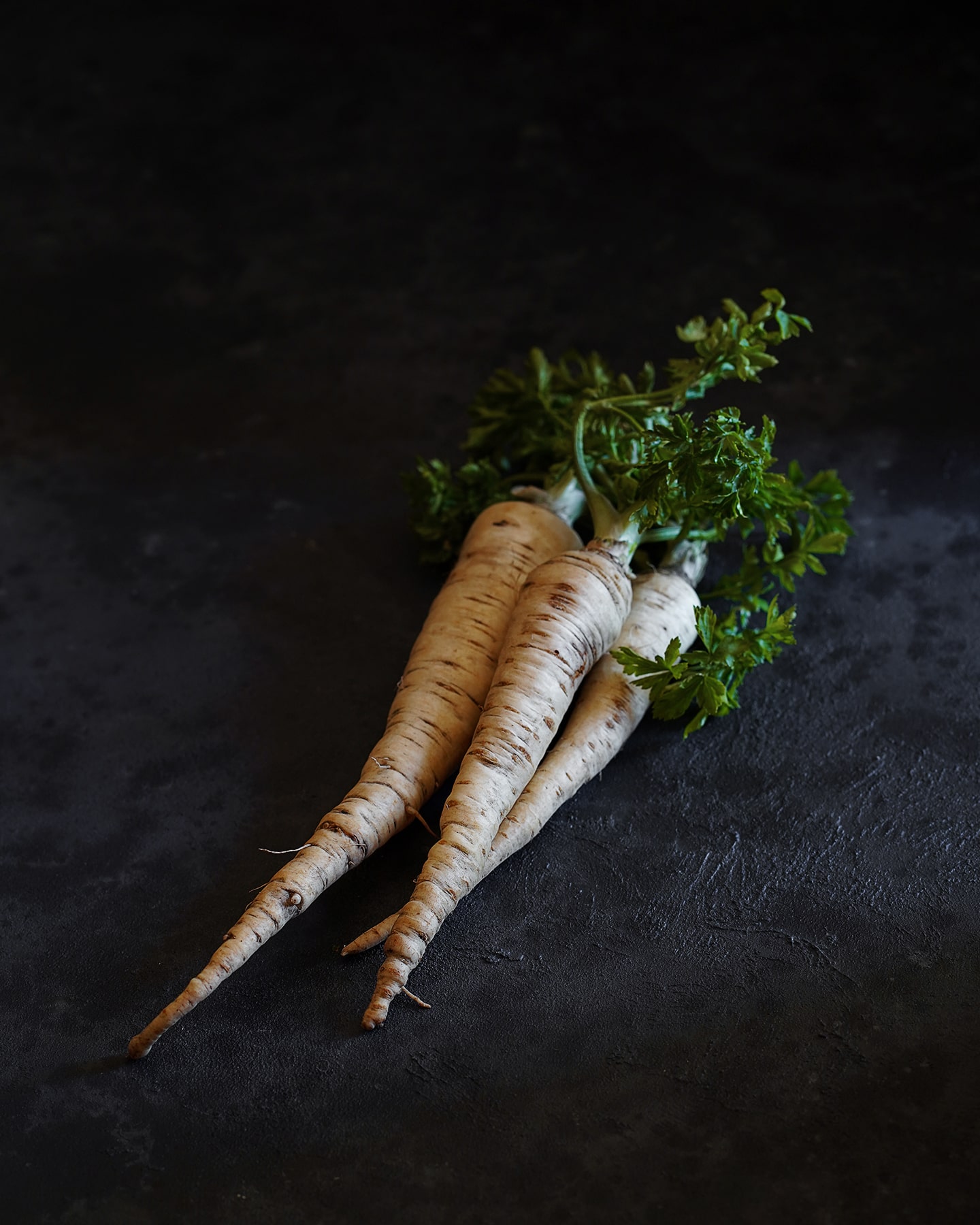 "... None of the roots are a better food than parsnip," the famous 11th century French scientist and physician Odon de Meung wrote of the plant.

Unfortunately, this vegetable, so famous in antiquity, has since been almost forgotten, although in terms of nutrient content it far exceeds many of our favorite vegetables.

Parsnip, often called white carrot, was already widely cultivated in Antiquity. In ancient Rome, it was popular in food and used for medicinal purposes. In the Middle Ages, it was widely cultivated in Central Europe for its fleshy and flavorful roots, its peculiar aroma and spicy taste. But later, potatoes crowded out not only parsnips but also turnips from the plates.

Parsnip (Pastinaca sativa) belongs to the Apiaceae (formerly Umbellifera) family and is closely related to carrots, parsley and celery. Its root, the length of which can reach 40 cm and the weight of up to 800 g, has a white or yellow color. This root vegetable, by its taste, can replace both carrots and parsley in soups.

In appearance, parsnips are similar to large white carrots with an extended root portion. Its particular spicy taste brings it closer to celery and parsley root. It is a delicious vegetable and incredibly rich in nutrients. It can be eaten both fresh and cooked. It is used in the preparation of salads, soups or main dishes. Parsnip can be used very well as an excellent accompaniment.

Parsnip is rich in minerals and carbohydrates which are easily digestible and contains up to 14% sugars, up to 2% protein, up to 20 mg /% vitamin C, up to 460 mg /% potassium, 50 mg /% calcium, etc. Parsnips are particularly popular for their high content of B vitamins.

But parsnip stands out from other vegetables with its high content of essential oils, the presence of which may explain its stimulating effect on the entire human body.

Parsnip stimulates appetite, endocrine gland activity and metabolism. It strengthens the walls of capillaries, relieves spasms, has a strong diuretic effect and promotes the elimination of stones and salts. In traditional medicine, it has long been used to treat urolithiasis, bronchitis and laryngitis, to restore strength to convalescents and also as a vasodilator. Parsnip leaves are also used in dermatology.

Parsnips and other white vegetables (onions and parsley root) are considered essential ingredients in a classic vegetable broth. Parsnips give the broth a firm flavor and texture. After boiling, the root vegetables are usually removed from the broth.

Baked or fried parsnips are part of the traditional Christmas dinner in English-speaking countries, and parsnip decoction is used to make cough syrup.

Before the appearance of potatoes in the Old World, parsnips, along with rutabagas and turnips, were used extensively in soups and stews. Those looking for a healthy, low-calorie diet can follow old recipes and use parsnips in all meals instead of high-calorie potatoes. For example, with boiled or baked parsnips you can prepare a delicious puree with a sweet nutty taste.

Small parsnip roots are the sweetest and large ones are the most fragrant.

After peeling the parsnip, so that it does not turn black, like potatoes, it should be immersed immediately after peeling in cold water or cut with a knife, which is periodically moistened in water . Boil the parsnip pieces for a maximum of 10 minutes to keep them tender. For large pieces, allow at least 20 minutes.

Parsnips are a great substitute for potatoes in vegetable stews. You can also prepare a dish simply based on this vegetable - like an unusually tender and aromatic mash with a characteristic slightly sweet taste. Roasted or boiled parsnips can be served with capers, pine nuts and olives and sweet red onions. Parsnip is irreplaceable as a side dish for fatty fish and veal.

Dried parsnip root is used in powdered spice mixes. Parsnip leaves, although slightly spicy, are also used in cooking, both fresh and dried. Often it is used to prepare soup mixes for later use, and it is added to all vegetable dishes to flavor them. Parsnip plays an important role in the canning industry, being an essential ingredient in many canned foods.

Examples of recipes with parsnip:

Cut the parsnips into thin slices, place them in a steamer or on a rack over boiling water, cook, 8 to 12 minutes, until tender. Season with salt and pepper.

Boil the pieces of parsnip, then mash them with butter at the rate of 10 g of butter for 100 g of parsnip. Salt and dilute the parsnip purée with milk.

Cut the parsnip roots lengthwise and pat them dry. Half fill a pan with vegetable oil and heat to 180 ° C. Fry the parsnip slices in portions for 2 minutes, stirring occasionally until golden brown. Place the resulting parsnip slices on a paper towel to absorb the oil.

In a saucepan with a lid, brown the parsnips and chopped onions in the butter over low heat for 5 minutes. The vegetables should be soft, but not discolored. Add the curry powder and stir for another minute. Pour the broth and milk into a saucepan, salt and pepper, bring to the boil, cover and cook for 20 minutes. Let cool slightly and blend until smooth.

Simmer the peeled and chopped apple with 1 tbsp. spoon water and spices for 5 minutes, stirring often, until apple is tender and starting to fall apart. Mash it. Cook the parsnips until tender. Mash them with butter, milk, salt and pepper. Mix the mashed apples and parsnips until smooth.

Other News
Some more news for you
Taste our vegetable crackers

Our vegetable crackers are made from linen and vegetables, to which we add condiments with species.

The content of our crackers is unique as there are no cereals, and there is no frying or any other added fat.

Thanks to our low-temperature dehydration process, these products are perfect for vegan, vegetarian and raw food diets.

Our delicious crackers are a concentrate of healthy elements and ideal for any snacking moment during the day.
Read more
What is exactly dehydration of fruits?
Dehydrating consists of taking out the water from food under certain controlled parameters such as temperature, speed and air circulation and humidity. Dehydrating at low temperature allows conserving most of the vitamins, minerals, nutrients and enzymes and to concentrate the flavours and tastes.

By taking out the humidity, the product can last for months, in perfect shape to be consumed either dehydrated or rehydrated.
Read more

This website uses behavioural advertising own and third party cookies to improve our services and show you ads related with your preferences. By continuing on this website, you agree with their usage. Read our cookies policy. To continue you have to confirm that you have read and accepted our clause on PERSONAL DATA TREATMENT.

Welcome to Frrrutiz World!
Healthy food alternatives for each moment of the day
Gluten-free, no added sugars, Vegan, Raw Food